Berkshire Outfitters was started by Steve Blazejewski by selling cross country skis from his home in the 1970s. He moved to his current location in 1982 when he bought the Route 8 building.

Located in Adams, Massachusetts, at the foot of the state's highest peak and 12,000-acre Mt. Greylock State Reservation, we provide a unique and special selection to those who like adventurous outdoor activities.

The staff at Berkshire Outfitters have beauty AND brains! They all have practical outdoor sports experience and years of knowledge in the business to assist you with your purchase and answer any questions you may have. 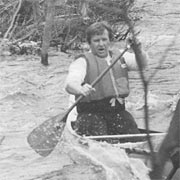 Founder & Owner. Steve, Berkshire boy, born and bred, is the anchorman of Berkshire Outfitters, that he started in his Dad's basement in 1973. Steve was an alpine ski racer in high school and college. He then took up paddling and became a pro, 2-time National Champion in the white water canoe mixed class with wife, Karen. Certified as nordic ski coach (back when you had to be), Steve coached the Lenox and Wahconah high school ski racing teams. Steve also works as a consulting civil engineer. An amazing and memorable experience for Steve was when he was invited to the Fischer Ski Factory in Reid, Austria to consult with product development testers on the Dachstein Glacier! Steve's Berkshire Outfitters Josh Billings team was the 4-time, overall team champions in this prestigious Berkshire event! Steve loves his family, dog, friends, motorcycles and old bottles. He saw Bob Dylan go electric at the Newport Folk Festival in 1965 and was at Woodstock in the 60s - but doesn't remember it! Steve is a fair and honest guy with the knowledge and experience to help his customers select the perfect outdoor equipment and gear they need. 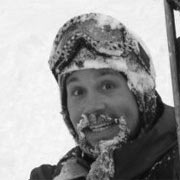 Manager. Josh Chittenden is the shop's Manager and a Hoosac Valley High School graduate. He is our "outdoor magician" and among his greatest feats are a gold medal in snowboarding at the Bay State Games and a gold medal at the NORBA mountain bike downhill race at Mt. Snow! Josh also placed first in the recreational canoe category of the famous General Clinton 12-Mile Sprints (with Chris Samson). He is an excellent skier and snowboarder and you're bound to catch him on the Thunderbolt after a big snow. If Josh isn't camping at Bellows Pipe then try Mt. Washington Valley. He's an expert mechanic of snowboards, skis, bicycles and 4x4s. He's simply a great athlete, terrific guy and free spirit. 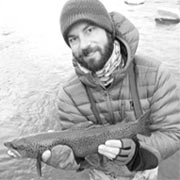 Merchandising Manager. Chris Samson - a.k.a. "Swamper" - is the shop's Merchandising Manager and dead head. A Hoosac Valley High School graduate, Chris is a jack of all trades. Chris' sea kayak is always ready to go and he is an expert fly fisherman. He also likes to hike, ski and snowboard and is a Josh Billings veteran. Chris is a master bass guitar player. He loves music, the mountains and good jokes. 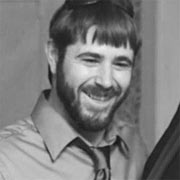 Assistant Manager. a.k.a. "Blackie" Ron is a Hoosac Valley High School graduate. Ron is a master mechanic of bicycles, motorcycles and 4x4s. He can fix anything but the crack of dawn and likes life in the fast lane (just ask the N.A.P.D. who clocked him at 134 MPH!). He has paddled sea kayaks in Casco Bay and out to Martha's Vineyard. He is an extremely talented mountain bike and BMX rider. Ron loves his 68' GTO, dog Sierra and his twelve acres. 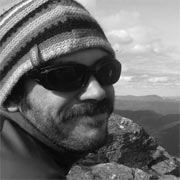 Sales Associate. Dan recently graduated from MCLA. He's young but has been schooled in the outdoors at this shop since before he had a "stash." He is an accomplished Nordic racer, back country skier, mountain and road bike racer and Josh Billings race veteran. He is an Eagle Scout who can often be found heading into the Whites in his Volvo for from R&R. He has hiked the Long Trail in Vermont and camped in Wyoming. 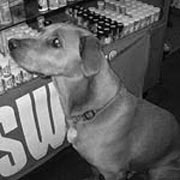 Max is TOP DOG around here! Schyler is Josh's dog and is an alpha male, white Husky. He enjoys a good hike, playing and most definitely an afternoon nap. His favorite food is blue snow cones! New to the shop is Ron's small Chocolate Lab, Sierra, who does nothing but chase toys all day long. And last but not least, Dan's dog Ralphie is ball of energy but can keep up with Stash on his hikes and skis.